To celebrate 25 years of Ramsar, and embrace all things wetlands, the Redcliffe Environmental Forum (REF) planned a special expo, to assemble the crème de la crème of environmental and education groups, and to entice locals and those in the greater Brisbane area to attend. The Moreton Bay Wetlands Expo was promoted as a feast for the senses—with touch tanks, marine audio experiences, wetland walks and all manner of activities for kids. 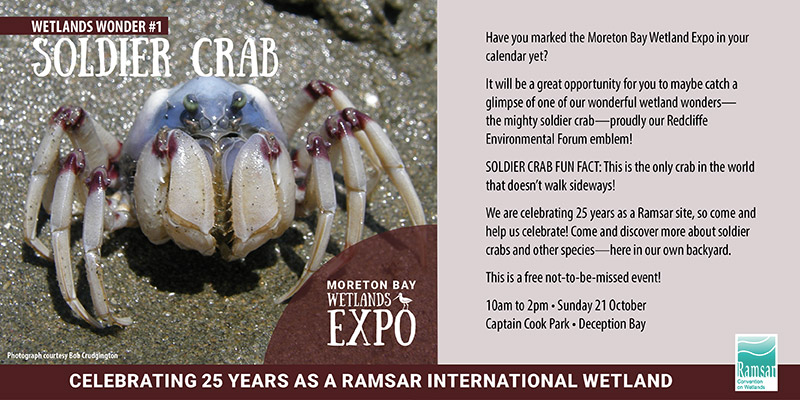 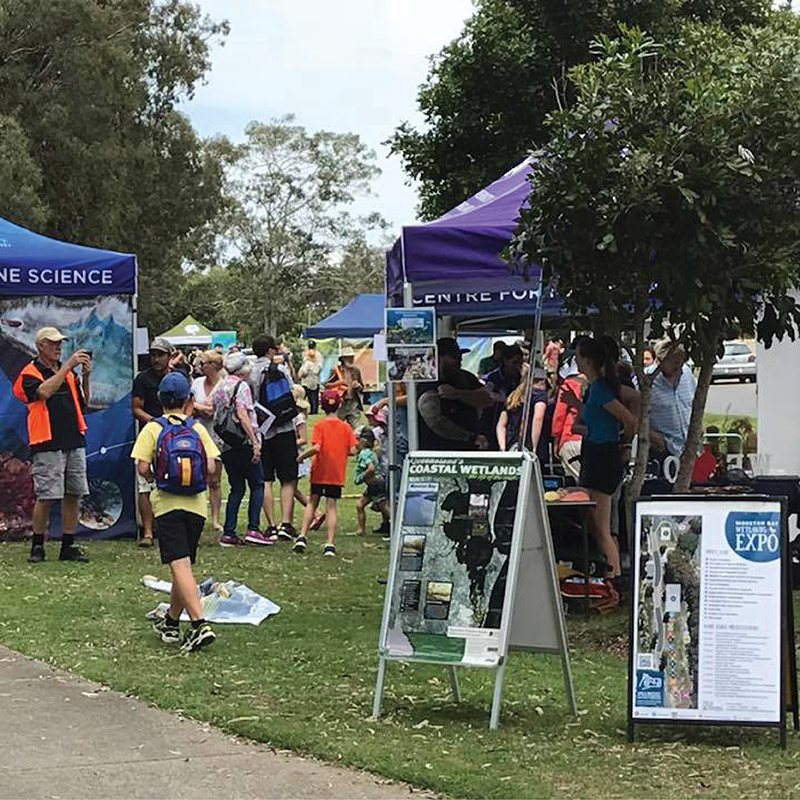 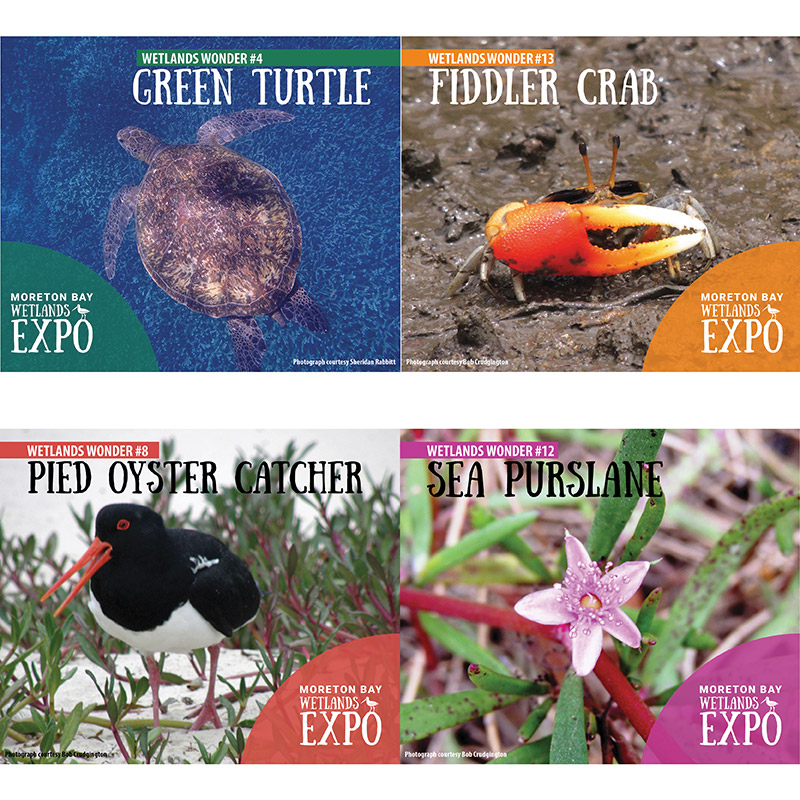 This was a Redcliffe Environmental Forum project, but the Moreton Bay Wetlands Expo was a stand-alone event, and needed to be branded as such.

As a stand alone project there was a huge amount of scope—from logo design through to layout of brochures and posters, and of course all of the energy that surrounded the social media imagery and copy.

The Moreton Bay region is a biodiversity hotspot, and so there were plenty of species to showcase, in order to excite and entice locals and those from the wider Brisbane area.

The logo combined two fonts: a strong san serif with a more organic font, and incorporated the silhouette of a wader bird.

Strong simple imagery was used for A2-sized street signs. The use of white frames to resemble ‘happy snaps’ of various flora and fauna species featured.

An A4 poster and a single-sided DL brochure were designed—both incorporated the logo and imagery from the street signs, with the addition of extra details about exhibitors.

It’s pretty exciting to work on a project where there are so many beautiful images at your fingertips and a treasure trove of experts who know and love Ramsar wetlands.

These headline statistics compare data collected for the duration of the campaign (24 September–21 October) with an average based on the previous 12 months.

The results of this social media engagement campaign are nothing short of extraordinary. Not only was there an almost five-fold increase in hits on the REF website, but REF’s Facebook traffic skyrocketed by 1400% during the campaign!

The Moreton Bay Wetlands Expo was a great success, measured in part by new memberships, but also via the positive feedback received from the many exhibitors.